How to Add and Use Animate.css and Wow.js to Divi 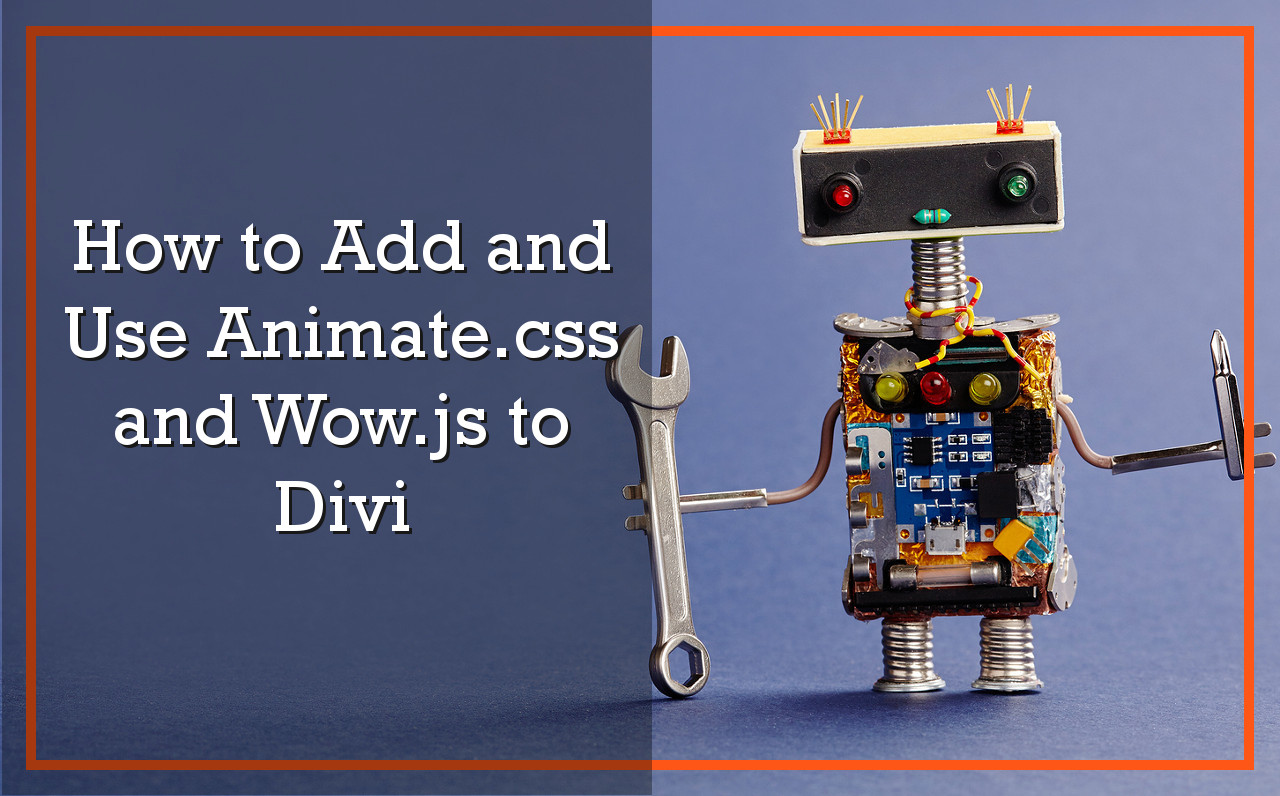 I’m not big on animations. Mostly because I believe most users don’t care, but also because I think they are over-used (which is no surprise given the micro interactions trend).  Of course, that is not to say they are irrelevant.  I’m a fan.  Just not a big one.  So in that regard, I’ve always appreciated the simple Divi options available, which are basically fade, slide, or none.

However, sometimes you do want more or, at least, different animations and in spite of my aforementioned opinion I have a crush on animate.css. I have used it a few times on a few sites, but always on modules in the initial viewport (like getting the logo to bounce on this site build) because I have not been able to get animation to occur on scroll. So applying animate.css classes like ‘bounceIn’ to a blurb module down the page will cause that module to animate on page load…way down below where the user doesn’t sees it. And when they scroll down, they do not see the animation (because it already occurred).

And then I came across wow.js by Matt Aussaguel, which has the title “Reveal Animations When Scrolling.” Yup, that sounds right. From what I can tell in their licensing agreement, you will need to purchase it to use it in the wild, but this blog example fits under their free license so let’s get it going!

Ok, so before I show the code (which is really just a link to this Jeremy Cookson page), let me sum who might want to use this solution:

If those sound like something you want, then it’s surprisingly easy to do.

And there you go!  From them on you can apply the class ‘wow’ to get the scroll function and then any animate.css class to get the effect.