Moving From WP Rocket to Hummingbird on Divi 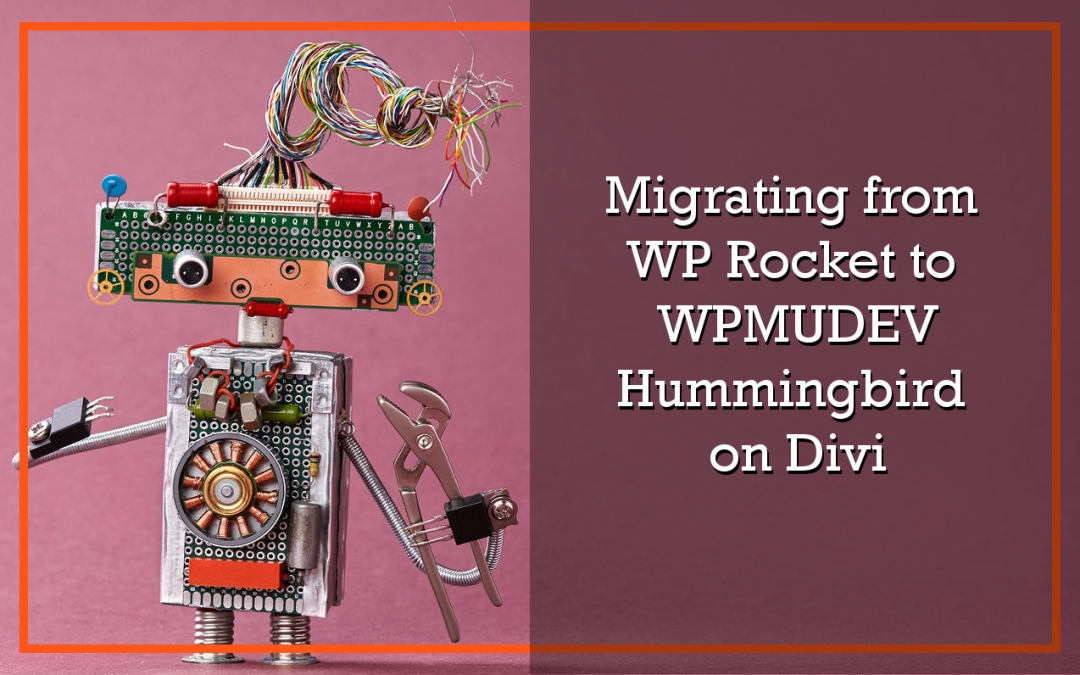 I’ve been using WPMUDEV to support my WordPress installations for as long as I can remember.  I think I had a client who wanted to do fundraising and I came across their fundraising plugin (now a retired and free plugin) and signed up.  And once I did I came across a bunch of other plugins that were super interesting to me.  In particular, these ones:

But whether I used them all or not, what attracted me to them was the business model was the same as when I first became and Elegant Themes subscriber (even before as long as I can remember).  That mode, of course, being the ‘pay a single price and get all this stuff’ model.

Now, to be fair, I did not think WPMUDEV’s plugins (at least the ones I used) were superior to others (even free ones) on the market, but I still used them because I really liked (a) the convenience of the WPMUDEV core plugin which let’s you centrally manage/install all of their plugins and (b) the idea of getting support for all of my plugin from one vendor that I pay for.  And getting support is the main reason I almost always use paid plugins.  Paid plugins means the vendor has cash flow which means they have people dedicated to support their products along with vested interest in making sure their stuff works with WordPress and as many popular vendors as possible – of which I believe included Divi and Elegant Themes.

But, WPMUDEV also did not have these products when I started using them:

So for years I’ve used the alternatives I noted above

And then, for reporting and site updates, I used iThemes Sync.

But WPMUDEV now has a product for that, too, built in their ‘The Hub‘ platform.

So Why Does This Matter?

Here’s the deal.  Like many, I’ve used a variety of product vendors to build websites in WordPress, which means that I have:

So using multiple vendors for themes and plugins is, at least on paper, riskier, more costly, and more time consuming.

None of those are particular exciting to admit, but it is that ‘pain’ which I believe WPMUDEV has always sought to solve.  And I respect that.  A lot.  And it’s a mission I believe in. A lot.

So Whatcha Gonna Do, Lo?

I’m going to see how much of my site I can run on (a) WordPress (b) Divi and (c) WPMUDEV only.  Starting today with a conversion from WP Rocket to Hummingbird.  So let’s begin.

The first thing I did was baseline my site performance because what good is it to move from WP Rocket to Hummingbird and my performance go DOWN!  That would be the opposite of what anyone wants…

So went to https://tools.pingdom.com/ and tested my site from California: 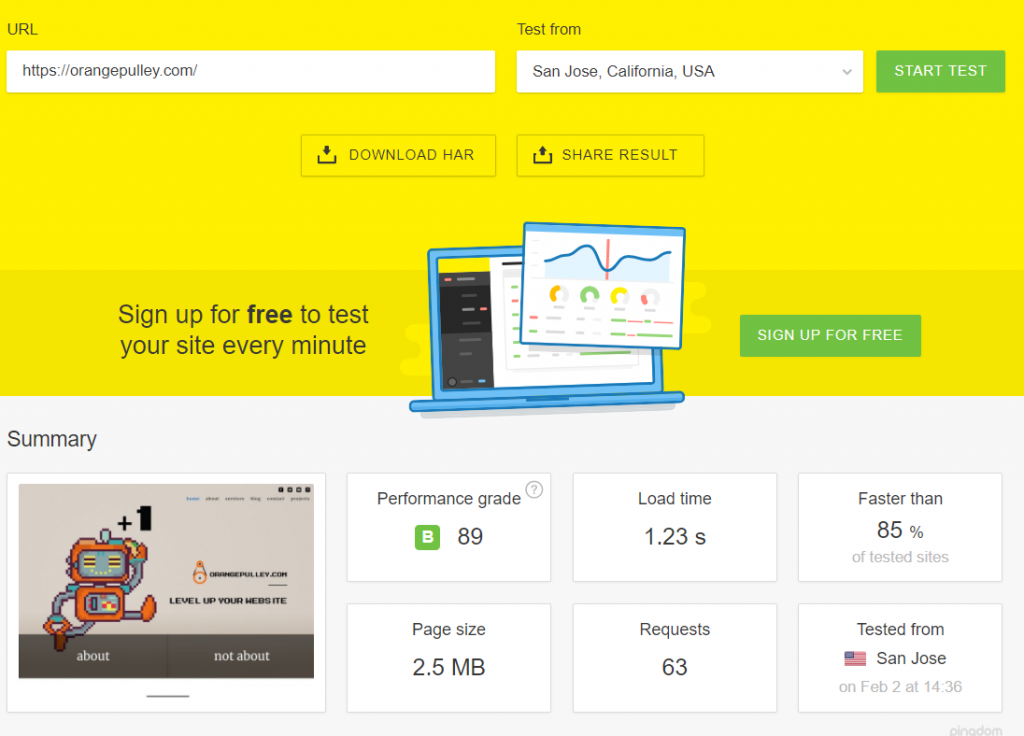 Now I know what I’ve got to get to.

Next I headed over to Plugins and deactivated WP Rocket (didn’t want to delete it because if Hummingbird sucks I’ll want to go back to Old Trusty).

Then re-tested from Pingdom:

After installing and activating, the first thing I saw was this welcome screen which I’m pretty sure is using Google Page Speed Insights as the testing tool. 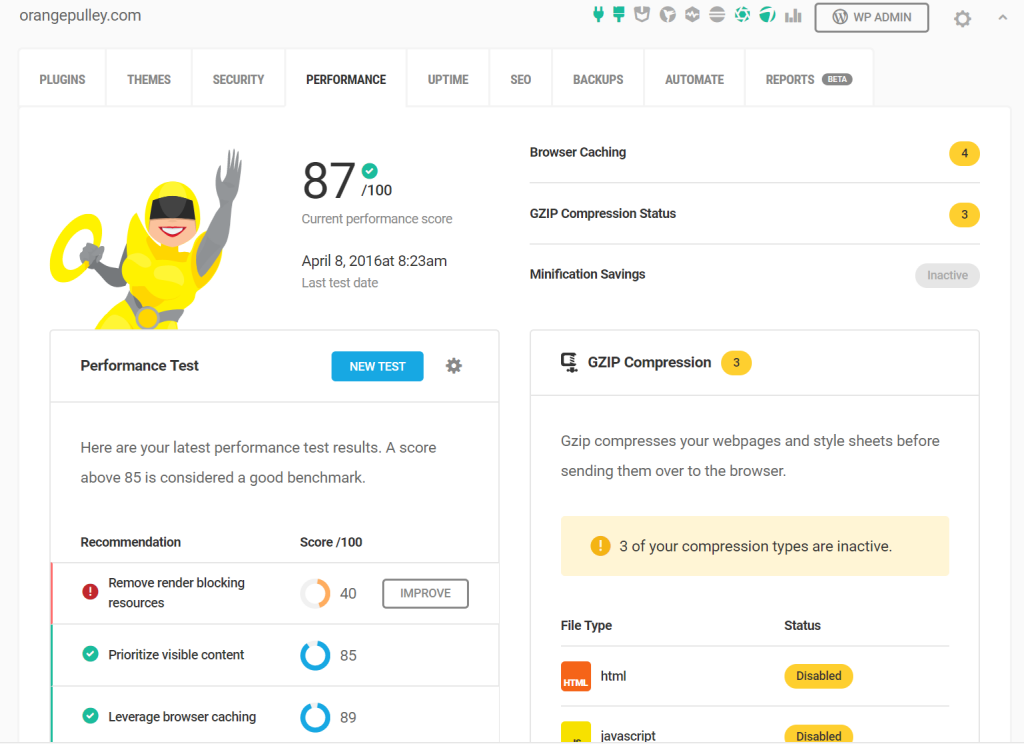 I pretty awesome welcome scree which clear directives, but it doesn’t tell me how FAST my site loaded (and from where), so the first next thing I did was test…again…from Pingdom. 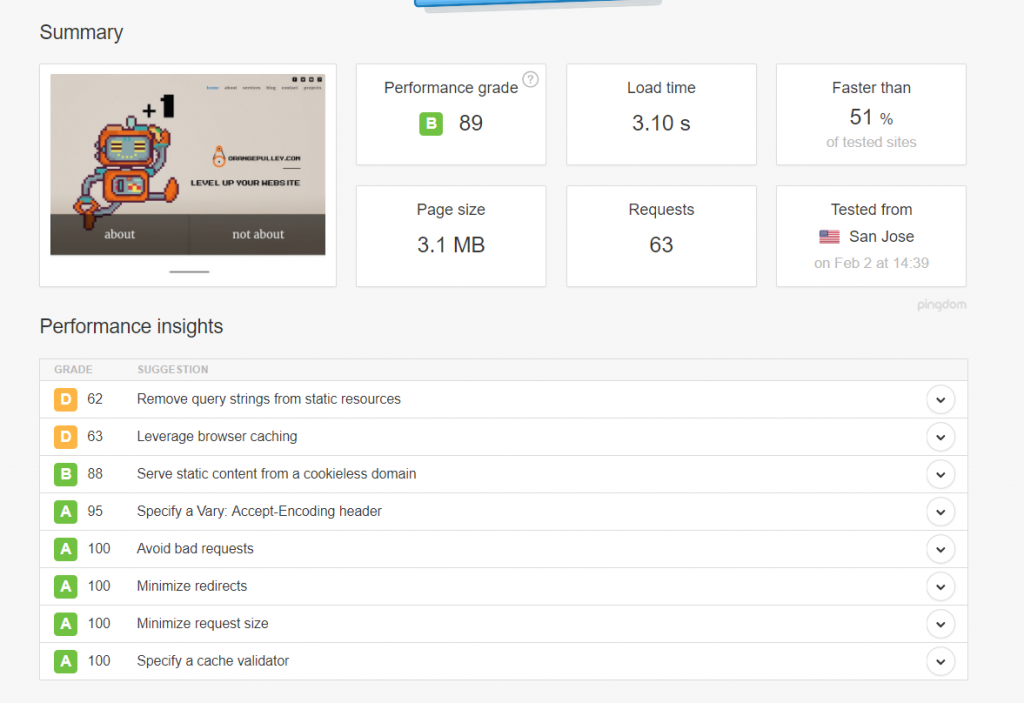 And while my performance grade looks the same as before I started, my load time is TERRIBLE!  3s is almost 3x where I started (technically, close to 2x, but I’m rounding my initial test down to 1s so it makes me feel like my page was faster than it really was…)

From the WP Dashboard, go to Hummingbird and then GZIP Compression, scroll down and change your server type to your server.  Mine is Apache (you’re welcome, hackers…but no surprise there really…)

Hit the Activate button (this screenshot was take after) and watch the magic happen!

Well shit.  Not quite the magic I was hoping for…what I got is more work instead.  I troubleshot this for a bit an opened a support ticket with WPMUDEV and have a resolution at the bottom of this article, but for now, I want to show how I continued in the meantime.

I figured, at least the HTML stuff is being compression so what the hell, let’s retest. 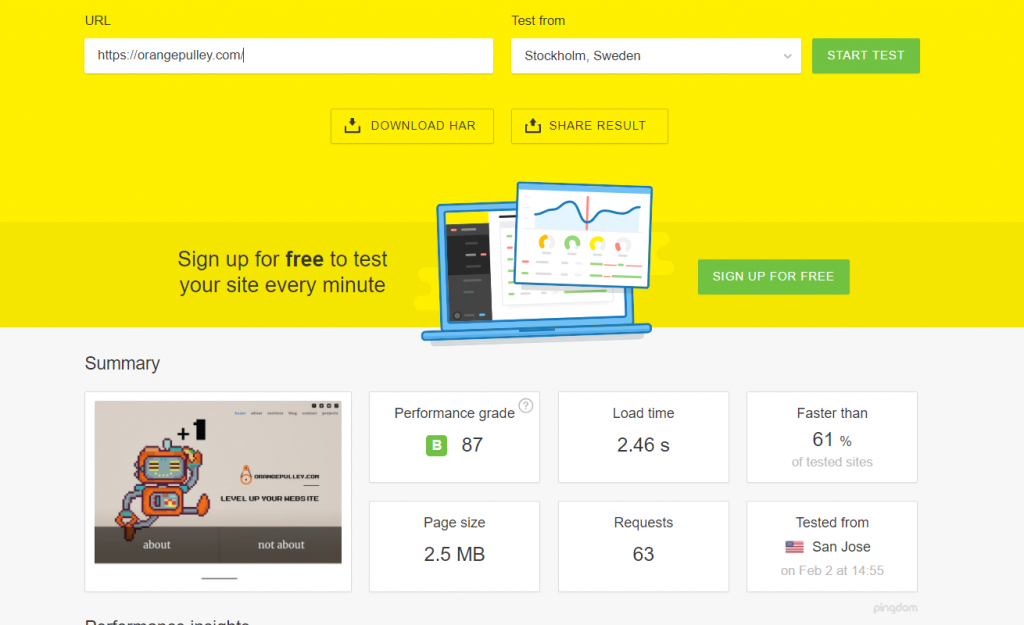 And while the load still sucks, the page size did go down and that’s what you should expect with compression enabled.  So now what caching?

Navigate back to WordPress Admin and go to Hummingbird –> Caching and enable everything…even Gravatar caching because why not!? 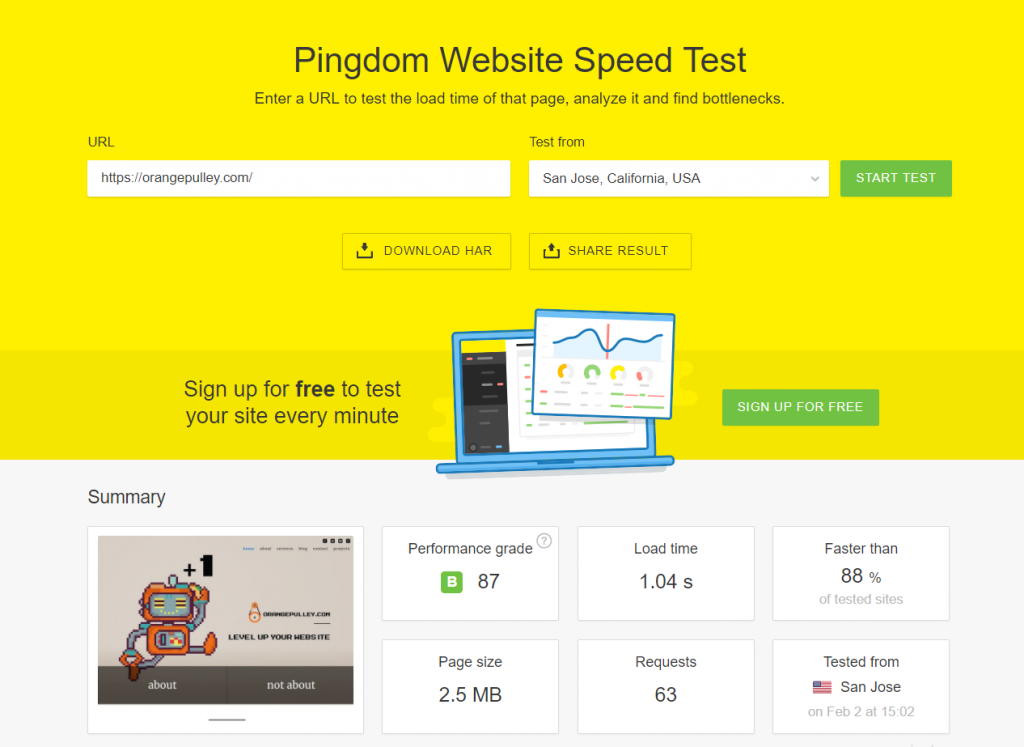 And BAM!  That’s looking MIGHTY FINE right there!  I’m 2 points lower on performance from WP Rocket (but really a high B is a high B, right?), but my load time went down to almost 1s which is (according to Pingdom) faster than 88% of their tested sites.

WPMUDEV got back with me and asked me to make sure the order in wp-config.php was correct, that the Hummingbird stuff was above the WordPress stuff and, indeed, that fixed it.  You can view the support there here and the screenshot below is how my GZIP compression looks like now:

While it took some fiddling with, in the end, I was able to move my WordPress caching solution from WP Rocket to WPMUDEV Hummingbird and improve my overall site performance.  This is not to say that if I tried equally hard with WP Rocket I could not have achieved similar (if not better) results, but the point of this article is not to compare the two products, but to simply document the process I went through to move from one to the other and show the results of Hummingbird on this site.

I think WP Rocket is a find product.

I also think Hummingbird is, too.

So should you move to WPMUDEV’s Hummingbird or, if you are not using a caching plugin, consider using it?  I don’t know.  But apparently Hummingbird is free.  So maybe consider it.

Do you have a caching plugin you love?  I’d love to hear about it the comments below.

In the meantime, go on, and build beautiful.